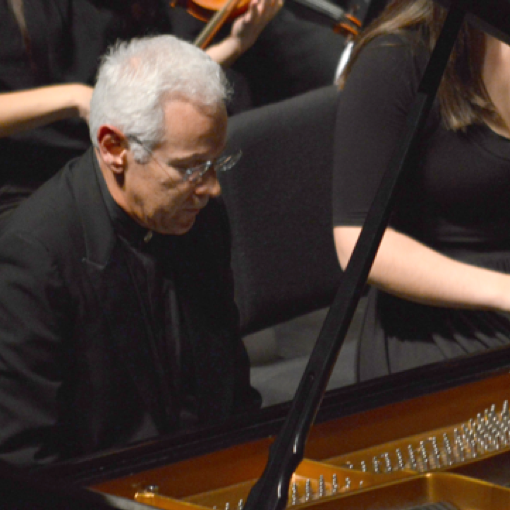 Thomas Otten, a California native born of German-American parents, has been hailed by the New York Times as “an extremely original player who puts a formidable technique at the service of his ideas.” He made his debut at age seventeen with the National Symphony Orchestra at the Kennedy Center, and has since developed a global profile through performances in New York, Washington, Los Angeles, St. Petersburg, Sydney, Munich, Frankfurt, and Milan, including such venues as Carnegie Hall, Alice Tully Hall, Severance Hall, the German Embassy, and the National Press Club.  He has given guest artist recitals and masterclasses at top music schools and conservatories, such as the Rimsky-Korsakov St. Petersburg State Conservatory in Russia, the Munich Hochschule für Musik in Germany, as well as the Eastman School of Music, The Juilliard School, and Oberlin Conservatory in the U.S.

A recipient of numerous national and international awards, Dr. Otten has studied with artist teachers John Perry and Nelita True, and worked intensively with biomechanics expert Barbara Lister-Sink.  He has been on the faculties of the International Young Artists Project (Italy), Saarburger Serenaden International Music Festival (Germany), the American Institute of Musical Studies (Austria), and the Kent/Blossom Festival (Ohio), as well as concerto soloist at the Chautauqua and Brevard Summer Festivals. He has been a member of competition juries in the U.S. and abroad, and was founder of the Kent Piano Seminar in Ohio, as well director of the UNC Liszt Festival, UNC Etude Festival, and the Ginastera Centennial Celebration in North Carolina.  His discography includes transcriptions of Franz Liszt and a premiere recording of etudes by African American composer Leslie Adams.  He is committed to diverse music of our time, having also premiered works by electronic music expert Frances White and jazz pianist/composer Joe Utterback.

Dr. Otten is Professor of Piano at the University of North Carolina at Chapel Hill, where he is currently on leave; previously he was chair of piano at Kent State University.  His former students include prize-winning concert artist Andrew Tyson, along with other professional musicians who are active throughout the country.  His collaborations include the Miami and Vega String Quartets, violinist Richard Luby, as well as baritone Marc Callahan and soprano Louise Toppin.

Appearances with 25 orchestras, including:

Far from being another musician in the crowd; the North American pianist satisfied me to the utmost.

Students Accepted into studios of: